In this first album entirely conceived playing the association of a double-necked Ibanez 2404 from 1977 and a modular synthesizer, I composed here ten pieces, exploring deeply the harmonic and resonant possibilities of the ten strings, where the  structures collides in explosive staccato or multiphonic waves  under the conjugated  action of the gestures, objects and electricities

click the picture above to see the complete rhyzomatic score-map / the particularities of such score wich is more a map than a conductor : time-free, can be read in disorder, can be fragmented in many pieces, must be enriched while the progression of the player experience and his own discoveries.

Instead of playing one neck then the other, I often play them together, which is of course not possible with the conventionnal play-modes. A video below show some of the new gestures I found to make the two necks sounding together, resulting in intense harmonic relations. The video was shot in my studio while I was searching and experimenting, making mistakes, before the compositionnal process itself. During that time I was contantly searching new materials, like copper foils, stones, special sticks for the drumming on the strings, and I rebuilded also a special electronic-bow (e-bow) to be played “under“ the strings.

After that first phase, I decided to do a synthesis of all those discoveries by drawing the score-map.

Second phase has been a recording time, mostly improvised, while I was  constructing simultaniously the synthetizer patch. 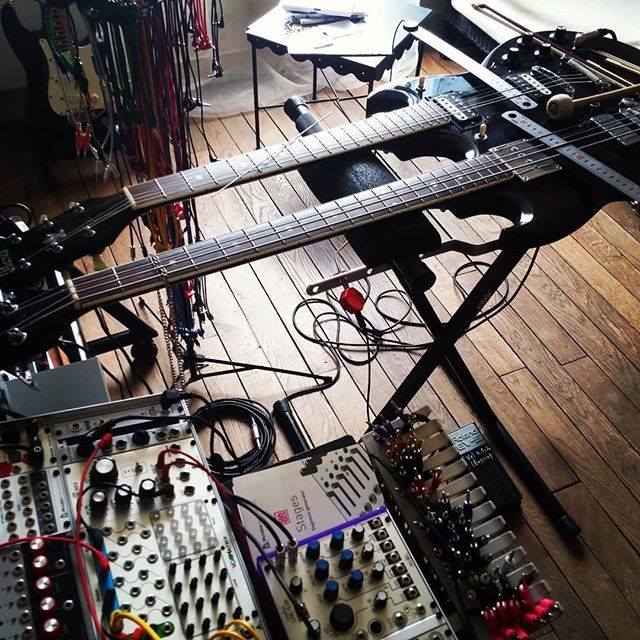 Finally, third and last phase was the composition of the pieces present on the CD. Those pieces have been recorded in one shot on four tracks – two for the respective bass and guitar necks, the two others for the synthesizer outputs –  with very few edit (mostly length). After that I re-recorded some others extra-transformations of the double-necks tracks, by a send-return into a Verbos Bark Filter (a twelve band spectral filter, who act here as a six band vocoder) . 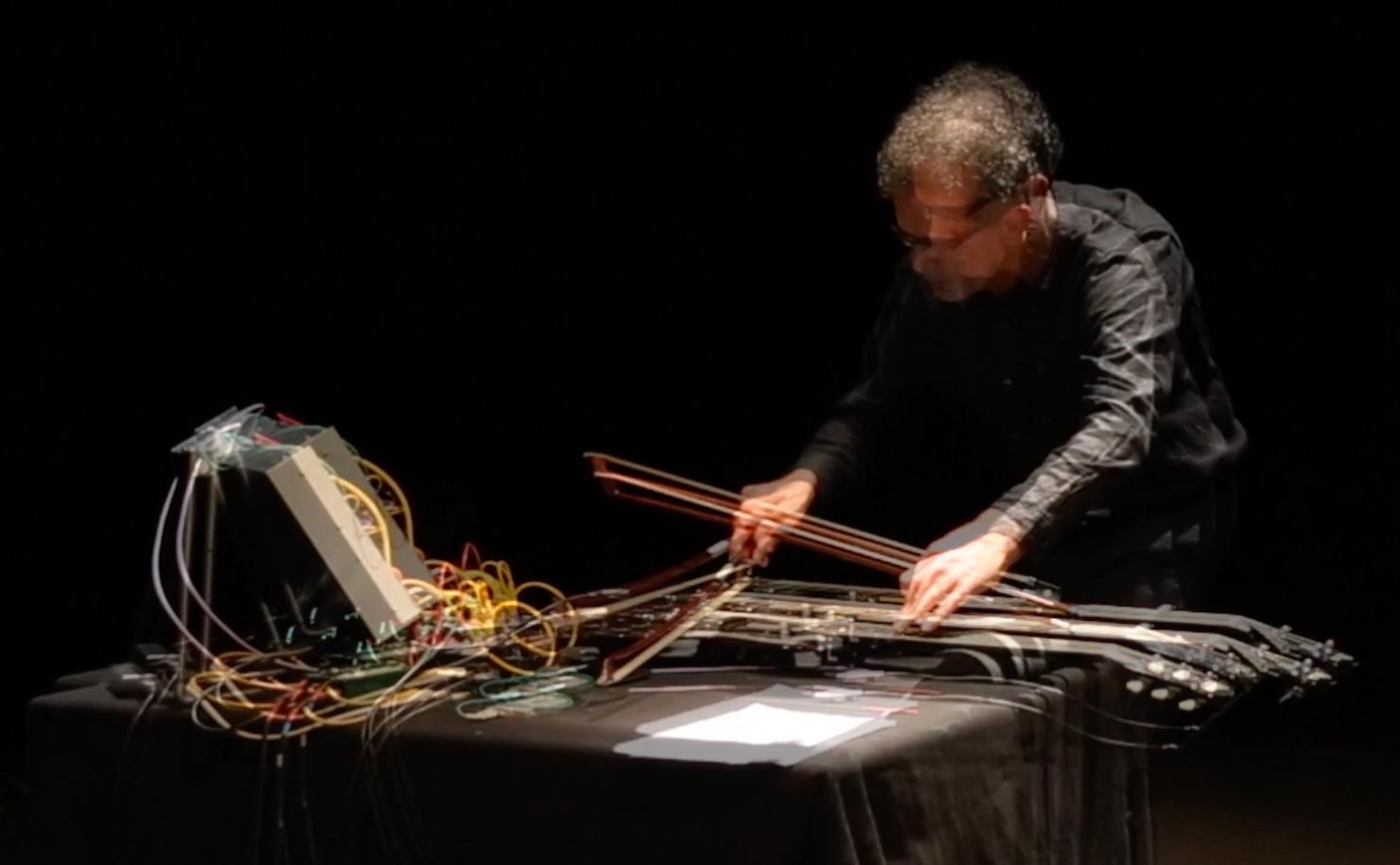 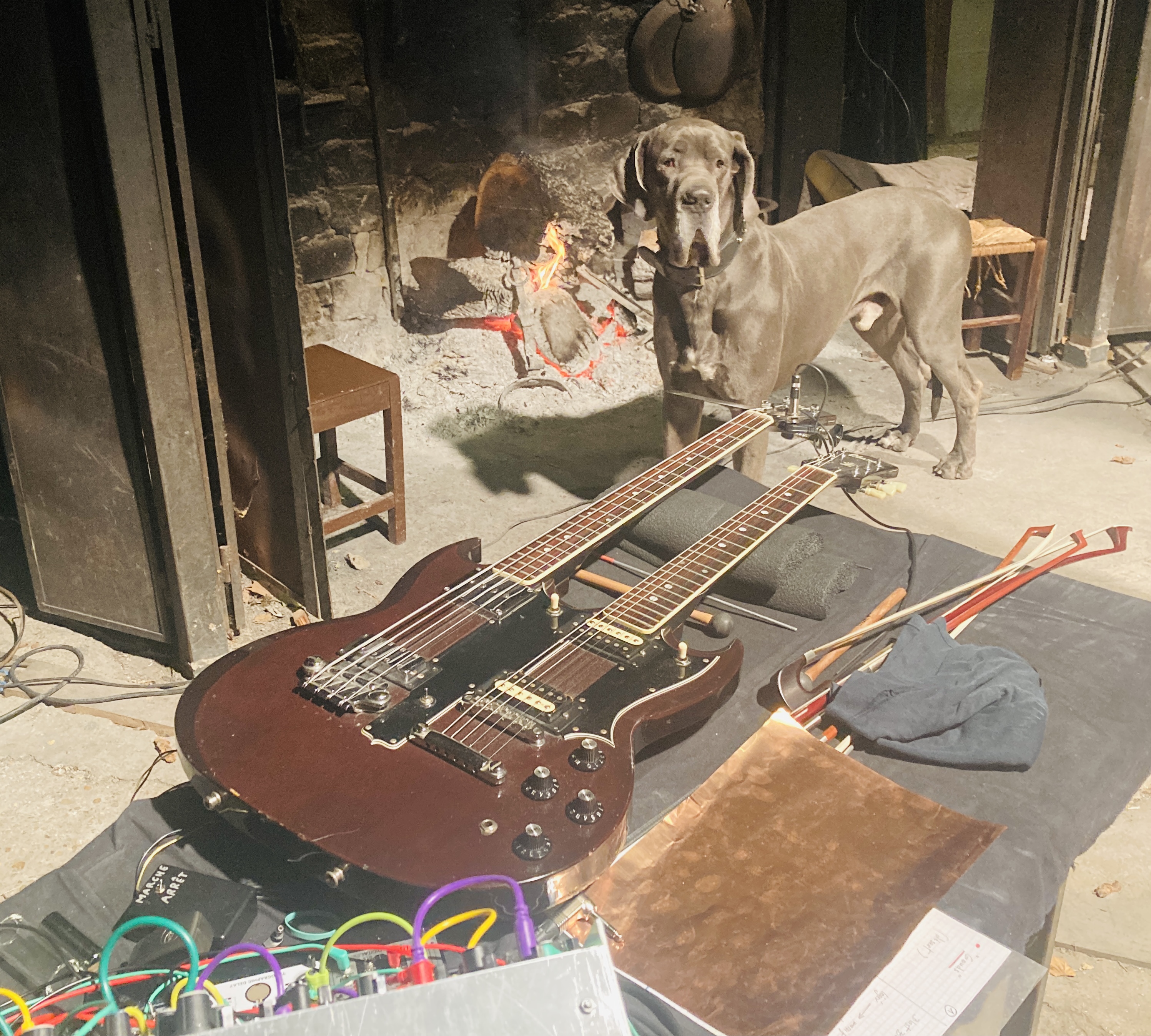